Significance: More powerful than some of the other Red Templar minions, it is repetitive at this stage, but indeed we are following a pattern here. 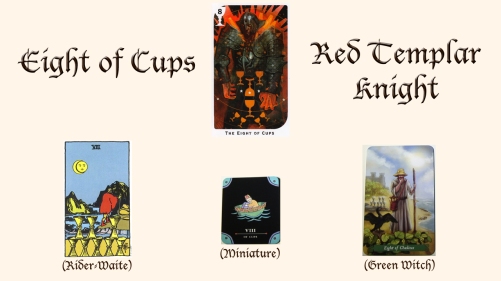 The card itself represents: The inability to do more, a turning point, plans being abandoned, advancement, reaching a higher level, etc. 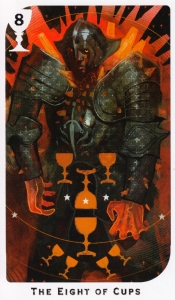 Eyes yellow with the light of the truth, hands clenching in anger of the understanding of the loss of will with what he has become, the Templar Knight no longer represents the order he once stood for, as drawn on his armour, but rather has fallen on his knees for a corrupt and false cause.  Red lyrium, growing out of his back, resembles fire, here great flames burn all life around it and choke all hope and consumes all magic to become the evil its master represents.

What I think this means for DA: Many knights from the order were lost to Corypheus’s cause, but now, those who remain, those who are yet uncorrupted, could very well join the cause to restore Thedas, or reform a new order, or leave the order, break free from lyrium in order to change themselves and their abilities, make themselves less vulnerable to corruption, or at least as little as possible.