The Government Jeopardising the Free Market! Claiming A Service (Bonjour-Santé) is Illegal!

So I just watched a news piece on a call-in appointment service called Bonjour-Santé, and I have a lot to say about it.

It is a service that allows you to call in and find an appointment in a clinic without having to leave your house or wait in line at the emergency for hours on end. It used to be someone took the call and booked the appointment for you; today, the system does it for you, either by call or online. You let the system know your postal code and it finds an appointment for you within a 70 km radius within the next 24 hours. If it’s urgent, it will prioritise, and if there are cancellations, it will also allow you to select the option to be informed of said cancellation. What it can’t do is predict the wait time once you are at the clinic perchance the doctor is running late with patients and things have fallen behind schedule. It is much better than leaving the house, waiting without knowing when you can see someone. It exists currently in the Free Market, allowing people who use the service to pay for this service. It is YOUR CHOICE to use this service. 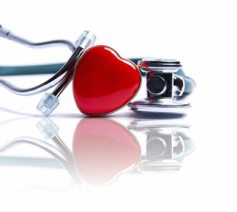 Bonjour-Santé is a department of the company Tootelo Innovations Inc. I used to work for Tootelo in the call center and take calls for Bonjour-Santé in its early days. I also aided the company for the website English translation a few times while I worked there, for some of the earlier pages on the site. I have since left the company due to my burnout and to work for myself. Frank (@fstmaurice) also works for Tootelo. He was the team lead and a programmer for Bonjour-Santé for more than a year. Now he works in other areas at Tootelo. Tootelo has also sponsored Binky Productions in the past. I know the company’s president, Benoit Brunel, and several of the people at Bonjour-Santé, some more closely or personally than others.

With Bonjour-Santé, we CHOOSE to pay or not for a service we CHOOSE to use or not. It exists in the Free Market echo-system. The government does not want competition and thus is claiming that as the law is currently written, Bonjour-Santé is illegal. And we all know that the government will not rewrite those laws. I think it’s despicable that it be considered as illegal! That is not a free world with a Free Market, and that is not a government that I want either. I stand by my former colleagues at Tootelo in defense of Bonjour-Santé, for it to have the right to exist and offer a service in the Free Market!

A Call To Action

Binky Productions is a video production company that produces Films, Commercial Videos and Multimedia for artists. Binky Ink is the writing division for freelance and fiction writing, as well as screenplay formatting. Celinka Serre is also a YouTuber for Dragon Age gaming, and Green Healing for alternative and natural healing from abuse. END_OF_DOCUMENT_TOKEN_TO_BE_REPLACED
This entry was posted on Wednesday, September 26th, 2018 at 6:44 pm and tagged with bonjour santé, free market, steem, steemit and posted in Uncategorized. You can follow any responses to this entry through the RSS 2.0 feed.
« Types of Abuse: Medical Abuse & Restraint (GH14)
Steem Monsters (Strategy Card Game Promo) »